AN INTRODUCTION TO JAPANESE LANGUAGE

Japanese (日本語 – Nihongo) is the official and main language used by approximately 127 million people in Japan. Japanese is the 9th most spoken language in the world.
The Japanese written language is considered to be one of the world’s most complex and difficult to learn languages. However, there are a number of attributes that will make learning the language a little easier; just like English, Japanese has no gender and there is no differentiation between plural and singular.
The biggest and most obvious challenge when it comes to learning Japanese is learning the characters. These have no relation to languages of a Latin origin and therefore it really is a case of having to learn and memorise them.
Japanese uses four different systems of writing, these are: kanji, hiragana and katakana.

The JLPT (Japanese Language Proficiency Test) has five levels: N1, N2, N3, N4 and N5. The easiest level is N5 and the most difficult level is N1.
The Japanese-Language Proficiency Test (日本語能力試験, Nihongo Nōryoku Shiken), or JLPT, is a standardized criterion-referenced test to evaluate and certify Japanese language proficiency for non-native speakers, covering language knowledge, reading ability, and listening ability. The test is held twice a year in Japan and selected countries (on the first Sunday of July and December), and once a year in other regions (on the first Sunday of December).

A summary of linguistic competence required for each level
Level N1

The ability to understand Japanese used in a variety of circumstances.

• One is able to read writings with logical complexity and/or abstract writings on a variety of topics, such as newspaper editorials and critiques, and comprehend both their structures and contents.
• One is also able to read written materials with profound contents on various topics and follow their narratives as well as understand the intent of the writers comprehensively.

• One is able to comprehend orally presented materials such as coherent conversations, news reports, and lectures, spoken at natural speed in a broad variety of settings, and is able to follow their ideas and comprehend their contents comprehensively. One is also able to understand the details of the presented materials such as the relationships among the people involved, the logical structures, and the essential points.

The ability to understand Japanese used in everyday situations, and in a variety of circumstances to a certain degree.

• One is able to read materials written clearly on a variety of topics, such as articles and commentaries in newspapers and magazines as well as simple critiques and comprehend their contents.
• One is also able to read written materials on general topics and follow their narratives as well as understand the intent of the writers.

• One is able to comprehend orally presented materials such as coherent conversations and news reports, spoken at nearly natural speed in everyday situations as well as in a variety of settings, and is able to follow their ideas and comprehend their contents. One is also able to understand the relationships among the people involved and the essential points of the presented materials.

The ability to understand Japanese used in everyday situations to a certain degree.

• One is able to listen and comprehend coherent conversations in everyday situations, spoken at near-natural speed, and is generally able to follow their contents as well as grasp the relationships among the people involved.

The ability to understand basic Japanese.

• One is able to read and understand passages on familiar daily topics written in basic vocabulary and kanji.

• One is able to listen and comprehend conversations encountered in daily life and generally follow their contents, provided that they are spoken slowly.

The ability to understand some basic Japanese.

• One is able to read and understand typical expressions and sentences written in hiragana, katakana, and basic kanji.

• One is able to listen and comprehend conversations about topics regularly encountered in daily life and classroom situations and is able to pick up necessary information from short conversations spoken slowly.

If you’re interested in taking Japanese lessons, please fill in the following form. 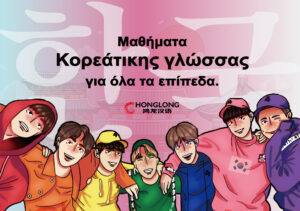 We use cookies on our website to give you the most relevant experience by remembering your preferences and repeat visits. By clicking “Accept”, you consent to the use of ALL the cookies.
Do not sell my personal information.
Cookie settingsACCEPT
Manage consent

This website uses cookies to improve your experience while you navigate through the website. Out of these, the cookies that are categorized as necessary are stored on your browser as they are essential for the working of basic functionalities of the website. We also use third-party cookies that help us analyze and understand how you use this website. These cookies will be stored in your browser only with your consent. You also have the option to opt-out of these cookies. But opting out of some of these cookies may affect your browsing experience.
SAVE & ACCEPT
error: